July 4th or July 2nd? How One Founding Father Could Have Changed History

While Americans nationwide take part in all of the fun traditions surrounding our country’s Independence Day holiday—including the much anticipated parades, picnics, and fireworks—our annual celebration of freedom on July 4th could have turned out much different if one early American president got his way. 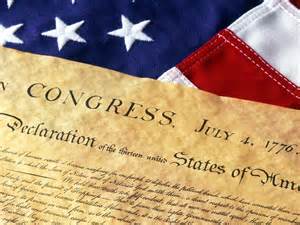 Many Americans probably do not know that the Continental Congress actually voted in favor of independence from Great Britain on July 2, 1776. It wasn’t until two days later that the Congress’s delegates adopted the Declaration of Independence, the famous document drafted by Thomas Jefferson that eventually made its way to the desk of England’s King George III.

In fact, John Adams, one of the Declaration’s signers who eventually became the second U.S. president, even firmly believed that July 2 was the correct date on which to celebrate the birth of American independence. That very same day, Adams wrote to his wife Abigail that July 2 “will be celebrated, by succeeding Generations, as the great Anniversary festival” and that the celebration should include “Pomp and Parade … Games, Sports, Guns, Bells, Bonfires, and Illuminations from one End of this Continent to the other.”

What do Jefferson, Adams and July 4th have in common?

Adams would actually turn down invitations to appear at July 4th events in protest. Amazingly, Adams and Thomas Jefferson both died on July 4th, 1826—the 50th anniversary of the adoption of the Declaration of Independence.

That being said—and for some odd reason—the phrase “2nd of July” just doesn’t seem to have the same ring to it as does the phrase “4th of July”. Perhaps it’s because saying “4th of July” has become so ingrained in our culture. Or, possibly because we are so accustomed to visualizing the words “IN CONGRESS, July 4, 1776”, which are so clearly emblazoned across the top of the Declaration of Independence.

Regardless of President Adams’ views on July 2nd, or July 4th for that matter, we just need to be thankful that we had a group of courageous leaders and founders of our new country that had the decisiveness to know exactly what they needed to do, when they needed to do it, and at the exact right time for the benefit of all generations to follow.

For that, at the very least, we owe them an immense debt of gratitude.  Happy Independence Day from all of us at Entrematic!